If I’m being honest – and why wouldn’t I be? – this whole spirit animal thing started as a bit of a joke. It certainly wasn’t on my radar as a must-do, not even for this #yearofmysticalthinking.

Back in January, I was booking tickets online for something else entirely (a Sound Sebastien crystal sound bath – read all about that here) when I noticed a ‘Meet Your Spirit Animal’ session somewhere at the bottom of my screen. I hadn’t yet reached the ‘it’s a sign’ stage of this spiritually inclined year so I definitely didn’t see it as one…. But I must have let the idea percolate in my mind because a couple of weeks later, I found myself mentioning it to my friend Laura, who surprised me by not laughing in my face and insisting we book ourselves on to the session immediately.

So that’s how we found ourselves drinking orange-scented cacao in a candlelit east London loft ready to go on a shamanic journey with Tamara, AKA Wolf Sister, and ten or so similarly intrigued individuals. Now, I’m not sure what I imagined a Wolf Sister would look like but I was pretty relieved when she turned out to be normal – in a barefoot hippy dream girl kind of way. As our group gathered blankets and notebooks and settled onto our yoga mats, Tamara explained what the next couple of hours would hold, her excitement so genuine that getting swept long with it was a breeze.

Apparently we all have a spirit animal ready and waiting with messages and answers from another realm. It might be an animal you’ve always felt an affinity with or one that’s been following you around on street art or Instagram or birthday cards given to you by friends and family. You might have a penchant for leopard print you just can’t explain or a collection of gifted ornamental pigs… Or you might be reading this thinking it all sounds like a load of rubbish! Honestly, I don’t blame you, but deep inside even the most cynical minds, I’m sure there’s a part that quite fancies getting its hands on a polar bear sidekick?!

The more Wolf Sister talked about her experience as a shaman’s apprentice in Bali, the more intrigued I became. She told us to lean in to our intuition, step aside from our egos and be open to what lay ahead, then we called in the four directions (north, south, east and west), lay on our mats and got to work.

As she talked us through a guided journey, I was surprised by how easily the visions came and how out of my control they seemed. I found myself walking on springy moss in the Yorkshire countryside, the air full of colourful butterflies. Then I followed a sparkling stream, passed through a cavernous tunnel lit by glow-worms and descended deeper into the earth in a red velvet clad lift. All gently guided scenarios – she might mention a boat or a body of running water but the detail all comes from within – that somehow magically appeared just one step ahead of her instructions. 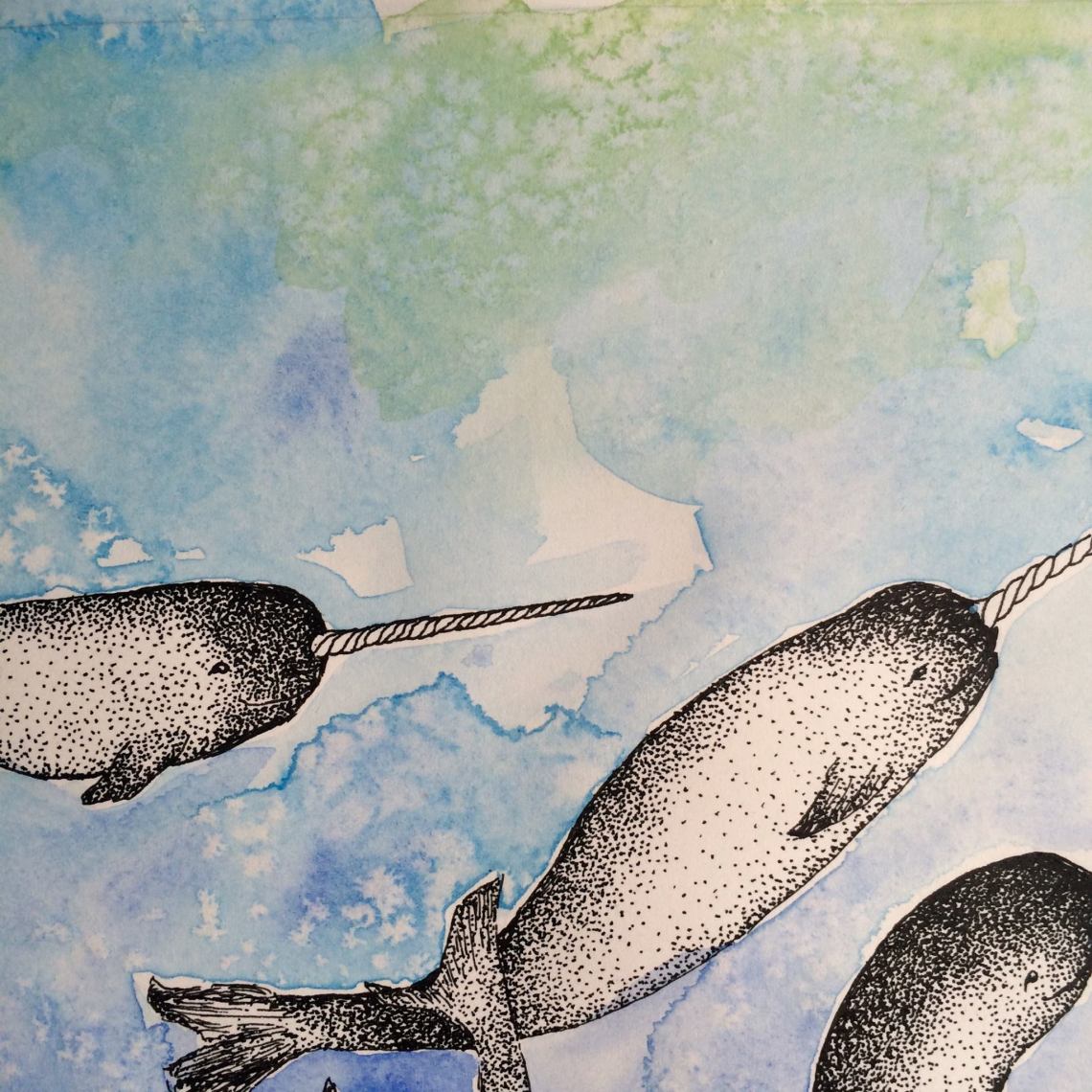 Before I started I was pretty convinced my animal would be a rabbit so when I saw a few hopping about before I got in the lift, I wondered if I was peaking too soon… but somehow it made sense that I was leaving them (and possibly some of my preconceptions) behind.

Are you still with me? Please don’t think I don’t get how out there/woo-woo this might all sound. I wasn’t even convinced myself until I tried it. But this is just the beginning… you’re going to have to read on.

So, next up was a jetty where we tied a boat we’d been travelling on and a waterfall we had to pass through to get to a cave. The landscape instantly became tropical for me here, humid, hot and hazy. It was beautiful and I didn’t really want to leave it to enter a cave. I saw a glimpse of a young elephant between the trees but didn’t think anything of it. More than that, I actively rejected the idea that it could be my animal and assumed it was just part of the tropical scenery. I guess somehow I was still expecting a rabbit.

Then I entered the cave…and, of course, so did the elephant. And once I got over my surprise it all started to make sense. This was my spirit animal.

Wolf Sister suggested we reach out and touch our animal, ask it its name and if it had any messages for us. It felt both ridiculous and totally amazing to be hugging a spirit elephant in my mind’s eye and letting it tell me its name was Rose (I mean!) but that’s exactly what happened. And somehow it didn’t even seem weird.

Now, my elephant was pretty chatty and some of the messages were definitely not for public consumption but the main one was loud and clear: a need to recognise my own strength, have more self-belief and to know that she was here to grow alongside me (which I figured explained why she was a young elephant). She also told me I should book myself a trip to Asia but I’m willing to admit that part might have just been my own wishful thinking (Hey, family, I’m off travelling because an elephant told me to… nope, not going to work).

I could have spent hours in that cave but all too soon, our spirit animal journey was over. As Tamara talked us back into the room, I looked around the others, eager to know where my experience was going to fit in the scheme of things. As we went round the room sharing highlights of our journeys, messages and animals I was struck by how different everyone’s session had been. We had mountain wolves and swooping owls, majestic butterflies, wise-cracking ant eaters and even a zebra in the mix. Laura, lying just inches away from me and my tropical land, had found herself clad in fur up a snowy mountain, while someone else had found themselves flying through the air with their animal, never quite able to see its face. As Sunday evening chats with random strangers go it was among the most fascinating – and surreal – I’ve ever had.

“I mean, you might think you’ve had some trippy experiences in life but until you’ve chewed the fat with an elephant on a yoga mat, I really don’t think you’ve seen it all.”

The session ended with more cacao, oracle cards from Wild Unknown and plenty of time to sit and chat to Tamara and each other, while we looked up the meanings of our animals in some of her books (Ted Anderson’s Animal Speak being the one I immediately put in my Amazon basket).

Laura and I made our exit in search of cocktails, raising a toast to elephants, arctic foxes and how hanging out with your spirit animal is way more fun than Sunday night Netflix. I mean, you might think you’ve had some trippy experiences in life but until you’ve chewed the fat with an elephant on a yoga mat, I really don’t think you’ve seen it all.

Since my journey with Wolf Sister, I’ve started to notice elephants everywhere. We have quite a few statues or images of Ganesh dotted about our house and while most were bought by or gifted to my husband, I now see that they were always put in the rooms that I use the most. I’ve worked every day since we moved house (three years ago) with a brass Ganesh looking down on me. I’ve also found myself spotting elephants on buildings I’ve walked past hundreds of times, on clothes, in paintings, while I’m scrolling through Instagram and occasionally in my dreams.

Just the other day, I saw Rose again. She didn’t say anything this time but she looked at me and nodded… I’m pretty sure she’s even here right now watching me type this up… the elephant in the room.

You don’t need any equipment to take part in a spirit animal journey (maybe a notebook or a phone to type notes on) and no previous experience is required. Find out more about Wolf Sister and her work here.

Mystical Thinking
If you’re mystically inclined it probably won’t take much to get you excited about meeting your spirit animal. I mean, it’s brilliant fun! Once you’ve connected with your animal there’s plenty you can do to harness its wisdom and power. Read up on your animal’s symbolism, allow yourself to take on some of its attributes or connect with it through dreams, oracle cards or meditation.  There’s a great article here full of suggestions.

Spiritual Cynics
Still not feeling it? As much as I am a believer in the universe’s great unknowns, as part of this project I always try to consider what a more cynical mind might hope to gain from the experiences I try. So… If nothing else, a two-hour guided meditation is supremely relaxing and way more fun than another night in the pub. Maybe think of it as an epic lie down with cinematic visuals? I promise you won’t be disappointed.